The corners of the old city. Dettman House

The streets of the old town cherish the memory of Riga’s past. Here is the old Merchant – Tirgonu, probably remembers more than one story of a successful Riga merchant. For the first time, this city street received its name “platea mercatorum” back in the 14th century and has never changed it since then, only people have adjusted it to their language: German Kaufstrasse, Russian Merchant and Latvian Tirgoņu are all one and the same street. Respectable Hanseatic merchants, it seems, have always been held in high esteem. Alas, leaving the name intact, time did not spare the development of Kupecheskaya Street, but a very interesting house has survived here, the story of which I want to tell.

This building is far from the oldest in the city, but it was he who was destined to become the most expensive building in Old Riga. We are talking about a building on Tirgonu Street 4. It was once built for his shop by a merchant of the second guild, a citizen of the German Empire, optician Heinrich Dettman. At the dawn of his career, he owned a small shop on Meistaru Street, not far from the Small Guild. In this shop you could buy a variety of frames: gold, horn, nickel-plated, in general, whatever your heart desires. There were also various optical instruments in stock: microscopes, stereoscopes and binoculars. In addition, Dettman sold thermometers, barometers and other devices; a small glass and mechanical workshop worked at the store. But this is not what Henry became famous for.

In 1883, new electrical equipment was ordered for the hall of the Crafts Society, Heinrich Dettmann participated in the installation of the equipment as a technician. He liked this occupation, and he became more and more interested in electromechanics. In 1887, Heinrich was already a representative of several Berlin electromechanical firms and decided to open his own factory. He acquired a 1200-fathom plot on the edge of the Petersburg highway and organized a small production, which received the name of the Russian-Baltic Electromechanical Factory of Herman Dettman. Orders for the factory’s products were received continuously: equipment for the laboratories of the Polytechnic, dynamos for the operation of the city power plant, by the way, it was at this factory that the first dynamo in Riga was assembled, which was installed at the Schmidt cement factory in Ilguciems. Dettman’s affairs were going uphill. 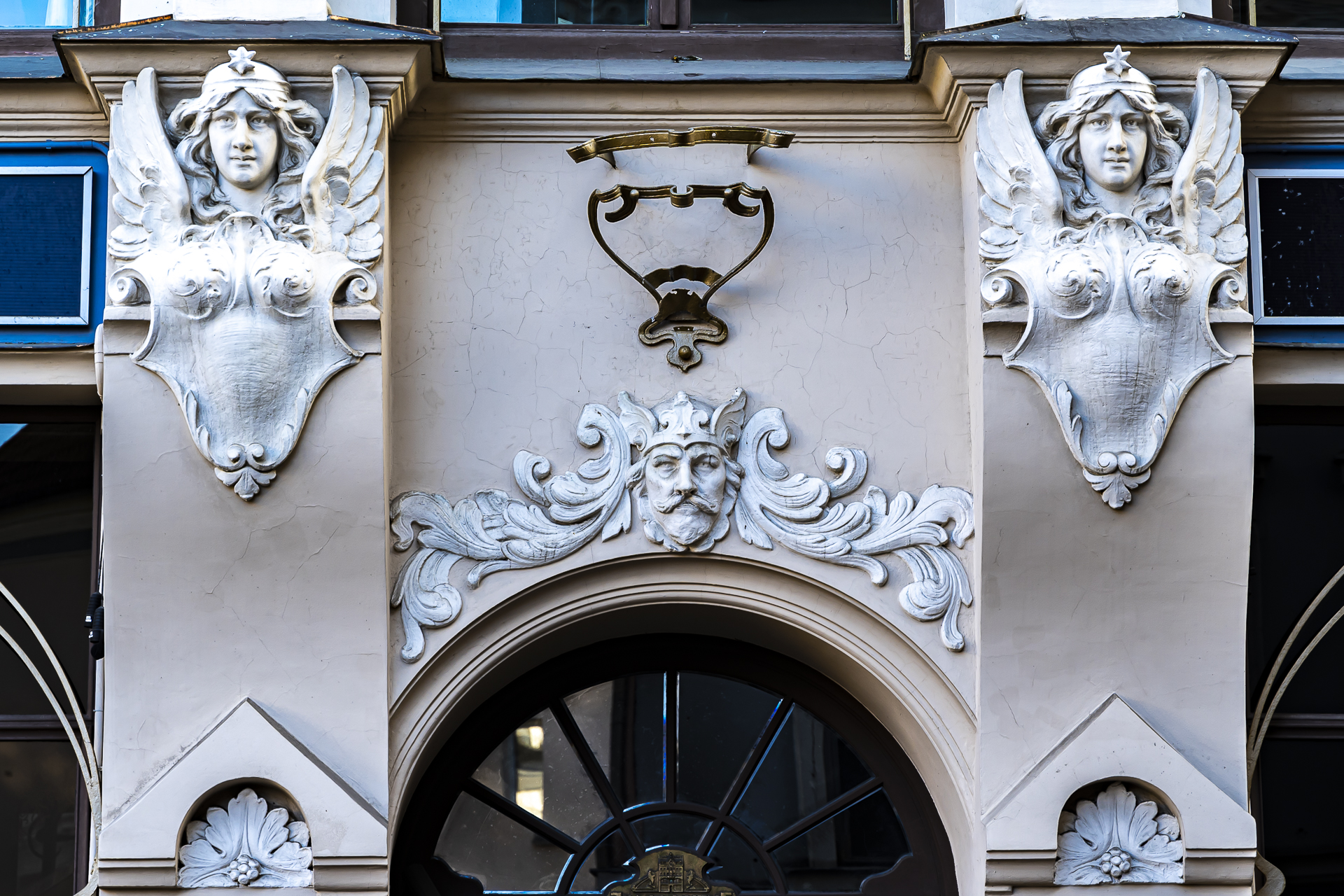 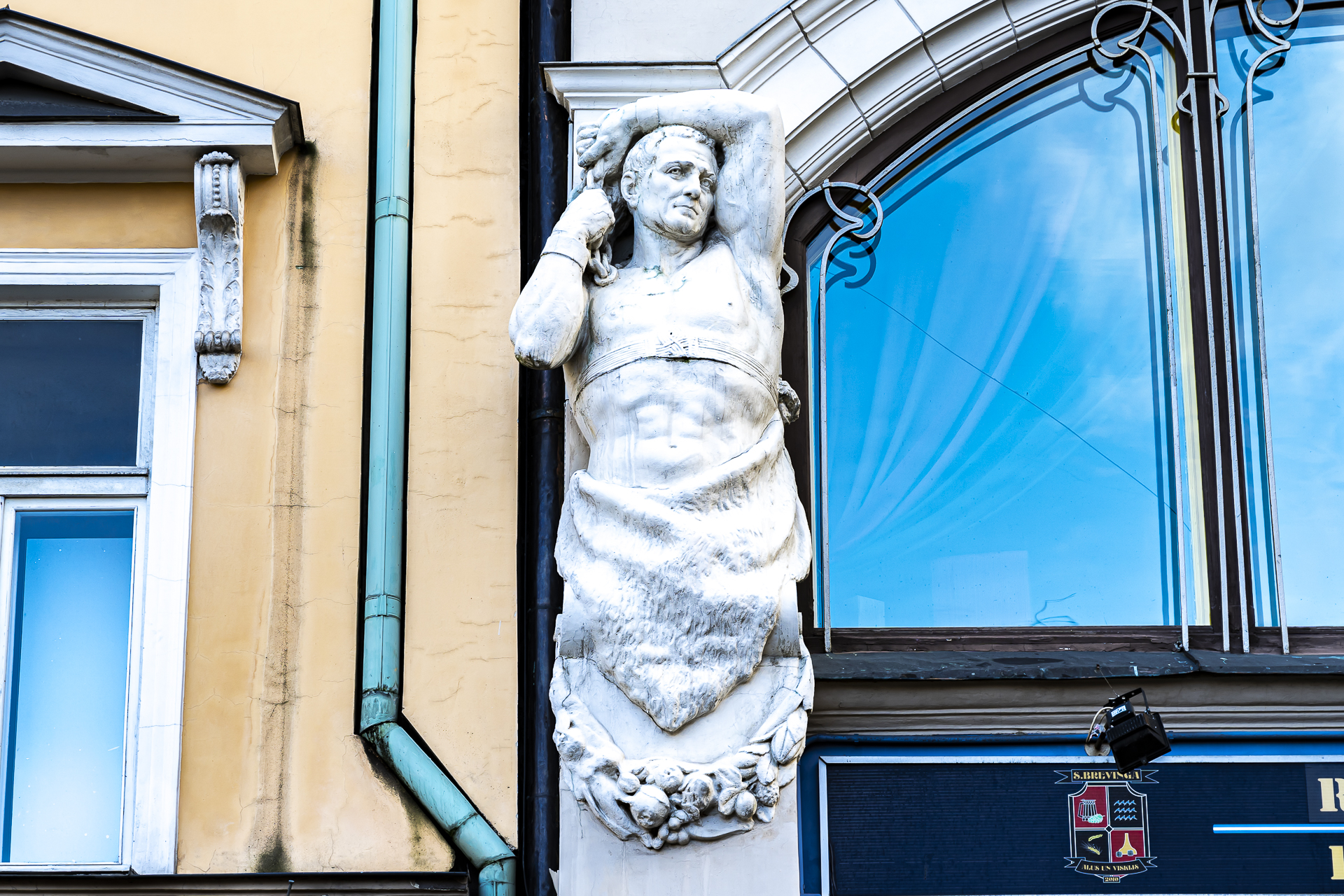 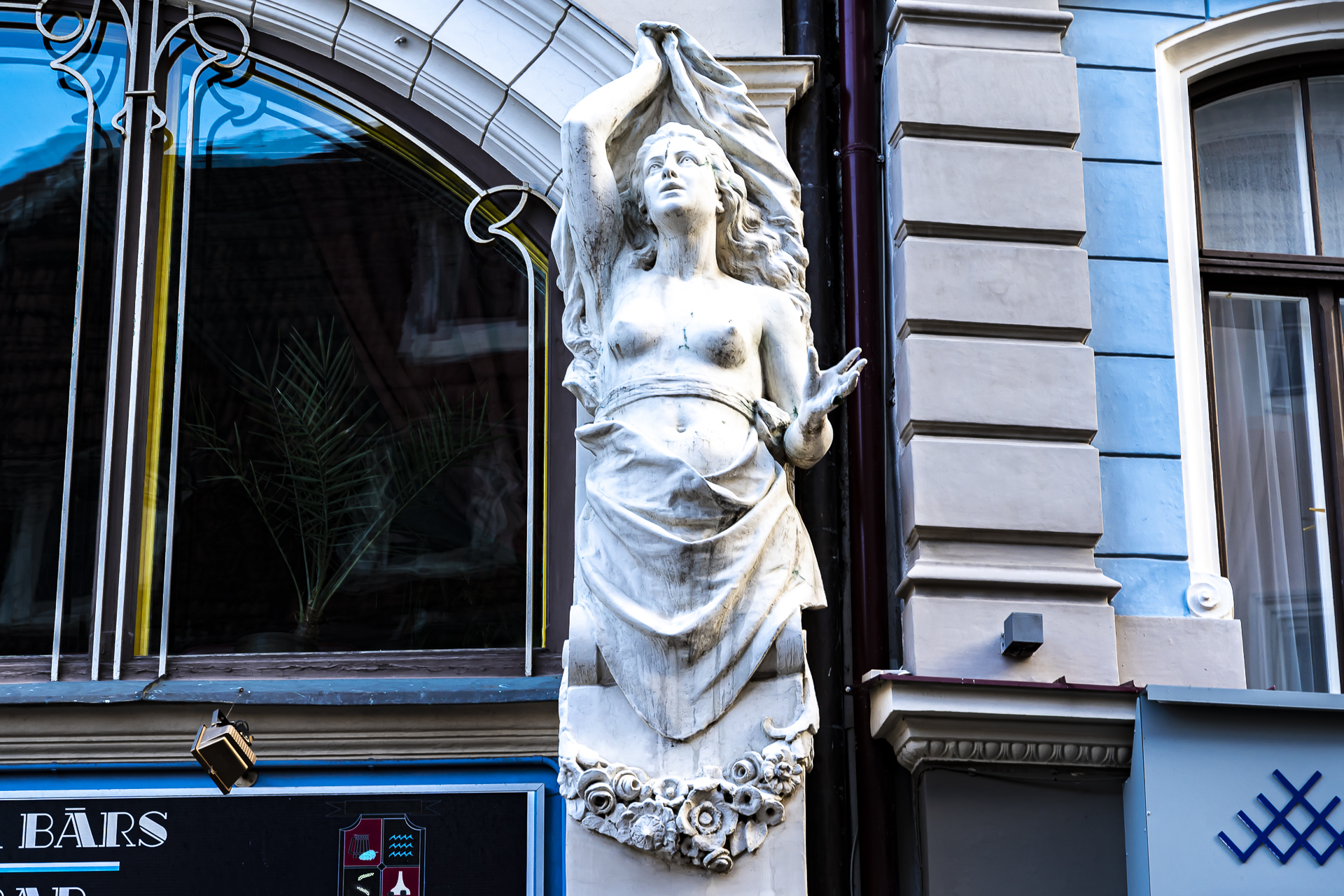 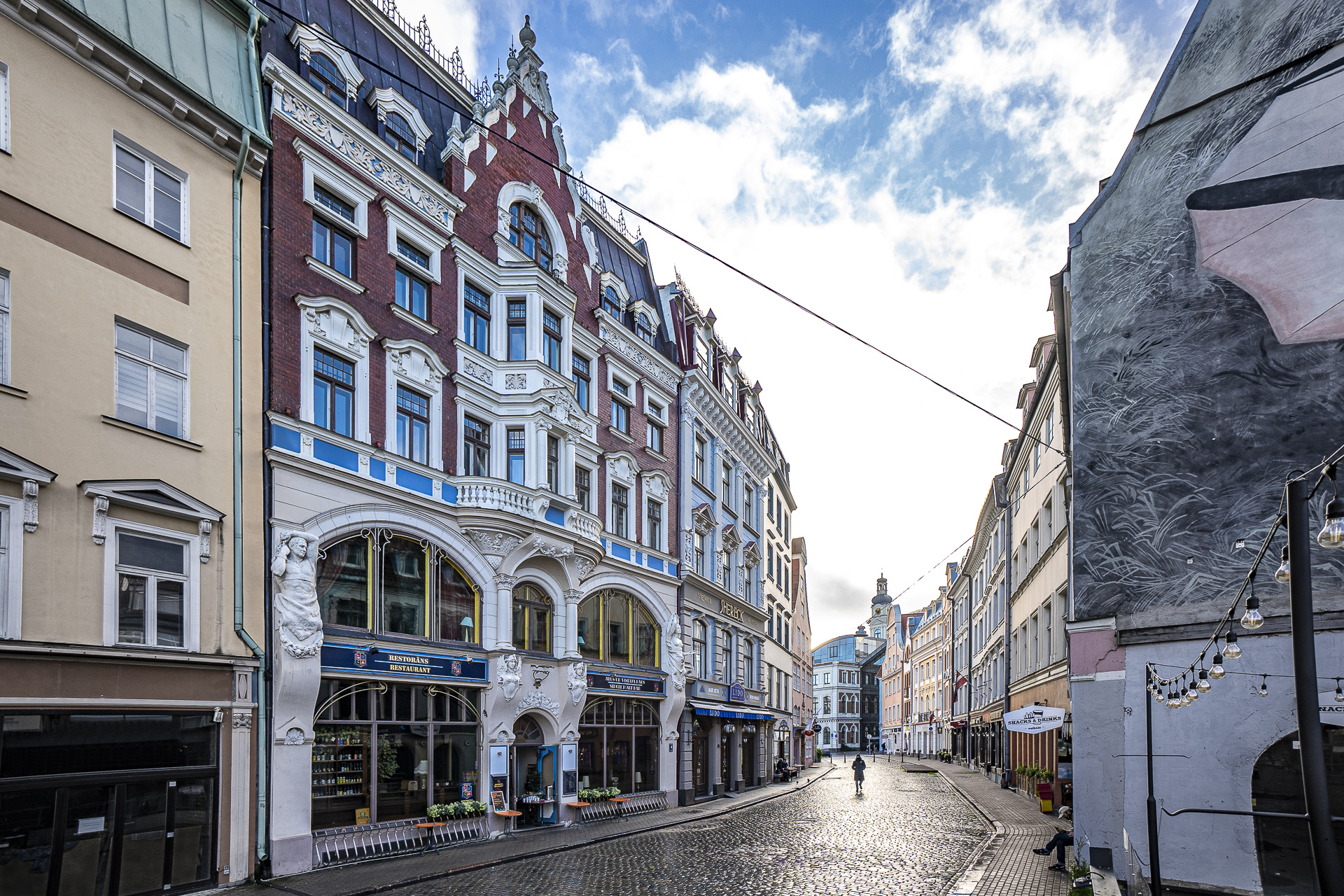 The future was with electricity, and by the end of the 19th century, even the most conservative officials of tsarist Russia understood this perfectly. The successful Dettmann, who fulfilled orders not only for Baltic customers, but also for the emperor (dynamos for the Tsar’s train were made at Henry’s factory), began to interfere, and soon his factory was bought by the Russian-German society Union. Later, the plant became part of the German concern AEG, and then, having changed several names and owners, it turned into the familiar VEF. The buildings, which were once mortgaged with Dettman’s money, are still the symbols of this legendary factory today. Well, Dettman himself remained the director of the new factory and his shop for optical goods.

During the time that the owner was engaged in the affairs of his electromechanical factory, his shop traveled around the old town, his last address was a house on Tirgonu Street. After the sale of the factory, Heinrich decided to acquire his own site in the city and place his store here. Tirgonu street was quite suitable for this. He turned to the owner of house number 4 Kreish with a request to sell him the building along with a piece of land. Riga is still a small city, and then even more so. Kreish knew that Dettman had recently sold the factory profitably and had hit a fabulous price for his land: 1,200 gold rubles per fathom. And the merchant of the second guild agreed.

The old building was demolished to the ground, and a new five-storey building was built in its place according to the project of the architectural bureau Shel and Scheffel. Riga architects developed the technical part of the project, but Dettmann ordered the drawing of the facade from his fellow countryman: the Lübeck architect Karl Hahn. Construction began in 1900. When they were clearing the basements on the site, they found several interesting details of a medieval house, which, at the insistence of the owner, were transferred to the city museum. The construction of the new building has attracted considerable interest from the citizens of Riga. And the point is not at all in the appearance of the building, then little was known about it. From the very beginning of construction, the entire site was carried out by R. Heusermann ”enclosed a boardwalk with a canopy to protect pedestrians. Now such measures are considered the norm in our country, but for 1900 it was a novelty. The newspapers of the time claimed that they saw this for the first time in Riga and demanded that other construction companies follow Heusermann’s example.

Dettman’s house turned out to be great: high and narrow, with a stepped pediment and brick walls, such houses are often found in ancient cities on the Baltic Sea coast. And yet it was a child of the twentieth century: the first two floors were occupied by an optical store, there were large wide display windows. The residential and office premises are located a little higher. The facade of the building was designed in the modern style, which was fashionable at that time. In addition to the plant motifs and sculptures typical of this style, the facade of the building was decorated with numerous forged elements, lattices and window frames. On the sides of the facade there are two herm sculptures: a figure of a woman directed upwards and a sullen, looking down man, who is trying to break the chains that bind him.

Sculptures on the facade of Dettman’s house

But there are other interpretations of the sculptural framing of the facade. It is known that Heinrich Dettman was a Freemason and this, according to art critic Sylvia Gross, was reflected in the design of the building. In the center of the symmetrical facade of the building, there is a classic portico with a triangular pediment – the image of an ancient Greek temple. The tympanum of the pediment once had the owner’s monogram, framed by an intricate cartouche. Above the monogram, you can see a rope – this is one of the symbols of Freemasonry, whose brothers were tightly “tied” to each other. Figures of cherubs on the sides of the main entrance to the building can also be considered a symbol of the Masons. The head of each cherub is adorned with a hexagram known to us as the Star of David, also one of the secret symbols of free masons.
Alas, Dettman did not have a chance to enjoy his house, a year after the completion of construction, he died. He was only 46 years old. Nor did he see the completion of his second brainchild. The fact is that the land plot that he once bought from Kreisch also opened onto Shkyunu Street. The foundations of the second wing of the building have already been laid here. This time the project was fully developed by Shel and Scheffel. This is a true masterpiece of Art Nouveau. This building is arranged in the same way as the building on Tirgonu: the two lower floors and the basement are given over to the store, and the apartments are located upstairs. The entire facade of the building was plastered and decorated with a real flower garden made of stone: sweeping chestnuts, poppies wriggling like snakes, modest daffodils and ears, slender like tin soldiers, fill the space between the windows of the building. And again, wrought iron flowers and trellises appear on the facade, and the symbols of Freemasonry: a rope and a compass. The Latin letter “D” is placed on small decorative boards – this is how the descendants immortalized the name of Heinrich Dettman.